The Wrath of Morrissey Versus the Wrap of Maccie D’s

Every time the newish McDonald’s advert comes on during the adverts between halves at Euro 2016, it is irksome to say the least to hear the strains of Pete Shelley (who grew up about half a mile from where I’m writing this) and his fellow Buzzcocks, and their song, What Do I Get?, whilst a faux-Punk food assistant person of the biological female genus prepares a wrap for a pubescent adolescent, who happens to be in the company of his papa, it seems, seated as they are in a Ford Cortina circa 1978 (which conveniently links, or links conveniently, depending on how you feel with split infinitives, to the era said song hails from) at the window of the McD’s drive-thru, and as the pubescent adolescent fairly drools over the food assistant person as much as you’d imagine him drooling over the wrap he’s just ordered, and as the faux-Punk food assistant person makes eyes back at the pubescent adolescent, which if you think about it really does make her a Punk of the most faux kind because if you had an ounce of Punk sensibility you’d be unlikely to want to work in McD’s in the first instance, and even if you did you certainly wouldn’t participate in your own self-objectification where you’re kind of putting yourself on the same level, metaphorically speaking, as a Big Flavour Wrap.

Shot on the same photo session as All around the World single cover this was a black & white press handout shot. Cross lighting and contrast used to give the band a hard edge like their image. 1977.

It is irksome because someone has chosen money over self-respect. Selling a Punk song that was written and performed by a band that had credibility and which was aware of its working class heritage is unforgivable – some things are worth more than money, or at least they should be. You can make a crappy McD’s advert with any piece of crappy music that is spewed out of the pop music machine – The Buzzcocks are not of that ilk, yet decades of resistance have been compromised with one foolish decision where money takes centre stage. And yes, I know that sounds naïve and a tad Romantic, but that’s how things should be. It is distressing to hear of this song, and even The Jam’s That’s Entertainment, being used in a way that is wholly incompatible with their angry-youth origins. And I’m not the only one to think so. Morrissey is also pissed. And so we should be. Not just because we’re both plant-eating liberal humanists (not actually sure if Morrissey is but I’d like to believe he’s that way inclined), but because money cannot be allowed to corrupt every single thing of worth – because if we allow that to happen, how do we place true and meaningful value on anything? 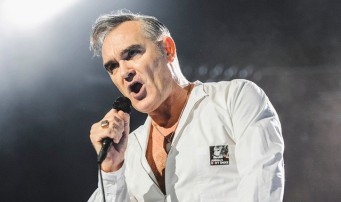 Click the links and tell me if you think these songs are worthy of such misappropriation. Go on – I dare you.