The sun outside helps to cast a shadow of a vase, empty of flowers, that cuts across almost the whole length of the linoleum (?) floor covering of the office. It is a floor covering with the craziest of patterns on its surface, a pattern which the elongated shadow seems to complement perfectly in the brief time it has – the shadow forming an almost perfect point at the neatly placed feet of Robyn’s father, as he sits with Robyn and Robyn’s mother as they await a meeting with the Principal. Robyn is not exactly sure that such a floor covering is befitting of such an office…

The Principal sits stunned, staring at the handwritten letter on the desk. 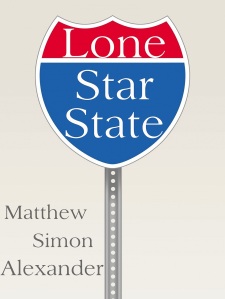 I write to you today to explain my reasons for writing what I did, and to explain that by writing such a thing I should not be made out to be the monster that I am now perceived to be by most of the faculty, and possibly yourself. ♥

In response to what seemed like an endless droning on by the teacher taking the class for literacy that day that ‘to be well read’ is somehow vital to a person’s success in life I etched onto the desk, as you know, that Hitler was well read. This is a fact. He was well read, that cannot be disputed – as stated at our impromptu meeting. ♥

To make my point more explicit I could also state that Stalin was well read. There are other examples of dictators and sociopaths that I could mention with respect to their reading habits, but I don’t wish to bore you with them. My argument could also be extended to an appreciation of art and culture, of sorts, if you wish, because it can be said that in art and architecture, Hitler was appreciative of certain aesthetics; then there’s Tito, a keen art-lover and commissioner of art himself; there’s also Goering, a huge fan of Botticelli; and Goebbels, a lover of Rembrandt’s works. ♥

What I am saying here, is that the seemingly endless fascination that currently exists in our education system at the moment with brainwashing us into the act of reading (and by extension, an ‘appreciation’ of culture) is, by-and-by, banal at best and does not guarantee that a person will go on to live a good life. And what I am definitely saying, and I feel that this point has been lost along the way judging by the reactions I’m getting from the faculty, is that I do not condone the behavior of such individuals. I make the point simply to offer another voice in the face of what feels like a really odd, and at best misjudged, kind of propaganda. And if we wanted to get out of vague, abstract notions of ‘value’ and into concrete examples, then I could also note that Stalin influenced the well-worn apothegm used in business, and other things, of ‘the-five-year-plan,’ you know, the one where you write your goals down in order to achieve them. ♥

So I guess the question I would like to ask you today is: How is it that I have to face being dragged into some kind of pseudo-disciplinary meeting just for stating a fact, when millions of people around the world, in their business and personal lives, use Stalin’s five year plan without even a hint of the irony that springs from such a thing? ♥

I hope that this letter finds you well and that we can agree, perhaps, to disagree for the sake of ongoing ‘good relations.’ ♥

Sitting in a classroom somewhere near the front because although sitting at the back is better when you don’t feel like doing anything Robyn is not the kind of kid to be allowed to sit near the back by the other kids sitting there, which is unfortunate because since starting high school, and undergoing all the problems brought about by Robyn’s paruresis, Robyn, more often than not, and this is a phrase that Robyn likes to say over and over, ‘succumbs to ennui.’ Succumbing to anything is a bad thing as far as Robyn’s high school teacher(s) is/are concerned, but succumbing to ennui, when said teacher(s) tend to think of their teaching materials as being pretty much the greatest thing since T.V., marks a person as being on a head-on collision course with said teacher(s).

So, on the day when Robyn is succumbing to ennui way more than Robyn usually succumbs, and on the day that the high school teacher decides to reiterate the ‘importance of reading’ and of being ‘well read,’ something the teacher has not shut up about for over a month now, it seems to Robyn, Robyn reacts from deep within the ennui aforementioned by scratching directly onto the table-top in front of Robyn with a black magic marker that’s almost out of magic marking ink, hence the scratching:

Later on, as Robyn sits in front of the Principal, Robyn explains to the Principal that Hitler, like many a sociopath before and/or after, was in fact literate, well read, knowledgeable of the ‘Classics,’ and that knowledge of such facts generally doesn’t do much for the current obsession in the present education system with the need for kids to be ‘well read.’

The Principal seems mortally offended following Robyn’s exchange. Robyn cannot figure out whether it is the ‘Hitler factoid’ that is the cause of such mortal offence, or not.

Robyn’s relationship with food has become problematic as Robyn devotes more and more time to thinking about food. The almost all-meat diet that Robyn had endured for over a decade during childhood, where children are pretty much at the mercy of their parents’ preferences w/r/t dietary choices, has left some issues. The smell of meat leaves Robyn feeling nauseated, whether cooked or no. The sight of meat, basically just the flesh of another animal, particularly red meat, makes Robyn think of human flesh. The implements used by Robyn’s parents in the preparation of said meat(s) are considered by Robyn to be tainted (even after a thorough washing). The practice of sitting around a dining table with one’s parents as they rip/tear/chew flesh of all manner of origin, whilst Robyn tries to swallow food of non-meat origin amidst the sounds and smells which invariably accompany such ripping/tearing/chewing, is off-putting to say the least.

So when Robyn’s father accuses Robyn of developing a somewhat abstemious approach to food, where eating food is concerned, Robyn is left feeling a tad frustrated at the lack of understanding shown w/r/t Robyn’s choices, and Robyn’s parents’ acceptance of (or lack of acceptance of) those choices. And when Robyn’s mother chooses to side with Robyn’s father, which in Robyn’s mind is clearly just another cowardly attempt to ‘convince’ Robyn that a vegan lifestyle is an ‘un-American’ lifestyle (Robyn really doesn’t get the gist of this particular argument), the chasm that has begun to separate Robyn from Robyn’s parents, of late, widens ever farther.

Lone Star State (Paruresis //noun//: the inability to urinate in the presence of ‘others’)

The physician talking to Robyn in a fairly stuffy office with air-con problems gives Robyn the impression that she is mighty pissed to be there, which Robyn finds kind of off-putting as the physician continues to ask questions concerning Robyn’s toileting habits of late, toileting habits that have changed markedly since the step-up to high school; now whether it is the broken air-con unit that has caused the physician to be in such a foul mood is hard to tell, but Robyn feels slightly resentful of the physician’s oddly pococurante approach w/r/t things that are pretty personal and not at all comfortable to discuss with a stranger (physician or no), let alone your own mother, the mother who is now sitting, silently begging for Robyn to open up to the over-priced physician, and who has a habit of medicalizing every aspect of Robyn’s life, no matter how mundane – Robyn’s recent decision to stop eating breakfast was met with an appointment to see a nutritionist, and Robyn’s conversion from a predominantly all-meat diet (a practice Robyn found most repulsive even as a small child) to that of a vegan diet saw Robyn booked in for a private session (mother-free) with a child psychologist (who, ironically, happened to have been vegan for the majority of his life – unbeknown to Robyn’s mother, of course) – and so Robyn says very little about the difficulties faced on a daily basis w/r/t visiting the restroom, difficulties that have culminated in Robyn not visiting the restroom whilst at school, difficulties that stem from the fact that the high school restrooms at the school which Robyn attends, as apposed to middle-school restrooms at the school Robyn attended previously, have opted for full-on segregation (boys on one side of the school, girls on the other), and that this full-on segregation causes untold stress for Robyn, whereas the middle-school restrooms were very much free and easy, with an all stall layout (no urinals) that made much more sense and afforded a person a certain amount of dignity whilst attending to matters which are arguably not dignified in the least – so Robyn holds it in (which causes problems).

Robyn, having endured the festering propaganda of all things related to the domestic/domesticity whilst at middle-school, which at the time felt like a barrage delivered with the sole aim of infesting Robyn’s sensibilities with the pernicious views of those wishing to ‘straighten’ Robyn out, and that also seemed to represent/be the bedrock of American society, if there is such a thing, or at least that’s how things appeared to Robyn whilst at middle-school because there were no other voices to be heard, no voices of dissent whatsoever, – teachers with their condescending looks and opinions on how Robyn ‘should be’ and ‘act,’ and the kids, the dirty, smelly, ‘girls’ and ‘boys’ with their wicked, wicked ways, and their wicked, wicked tongues laden with insults and slurs that belie their parents’ preference for more mature forms of wickedness – had at first feared the prospect of attending high school with the jocks and the cheerleaders, the cool kids and the dorks, the mini-groups which form through shared experience and/or interests, and had really feared the thought of being exposed to a wider circle of ‘acquaintances’ and those people who generally enjoy making your life miserable just so that they can feel something akin to satisfaction, and so it had been a great surprise to Robyn when high school brought about a certain kind of anonymity, the ability to get through the day without incident or conflict, Robyn always being mindful not to stand out for standing-out’s sake of course, an anonymity that can best be described as, and Robyn views the following word with only positive connotations, loneliness.